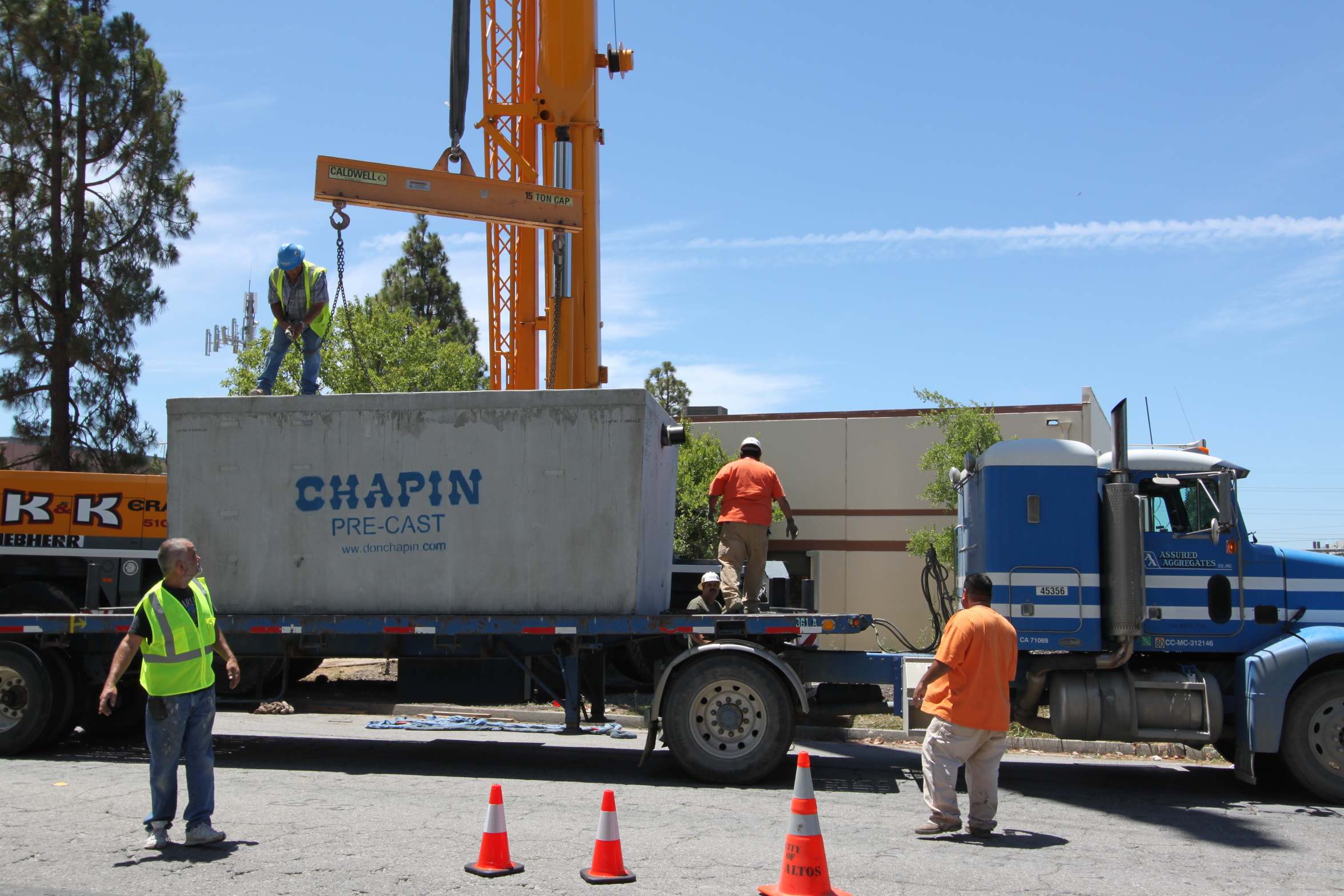 There were definitely a few key installations that I wanted to witness in person during our construction phase.   This included the installation of the three humungous grease traps.  The time finally came when I was told that the trenches would be dug and that the traps would be installed and I was ecstatic.  I made sure to be there with my DSLR camera in tow to capture all the action.   It has also become a joke amongst all the workers that I’m always taking pictures—one of the workers even says “Picture! Picture!” whenever I walk by.  I sense that he is kind of making fun of me but doesn’t matter me, I got some great photos of the whole build out!

The first grease trap that was being installed was the smallest of the three, which would be placed in the rear corner of the building.  The size of the truck, grease trap, and crane were huge and I was in awe of how they were maneuvering everything so expertly and quickly.  I was so engaged in what was going on that I forgot that we had two larger traps coming in and that the crane to lift them would be even more gigantic than the one I was already witnessing.  The crane had arrived and was getting set up in anticipation of the arrival of the larger grease traps.  It was so large that it had to be parked partially in the road and we had to have a crew direct traffic around it.  Finally I was told that the larger traps were outside, so I grabbed my camera and ran to the front of the building.  These things were just ridiculously ginormous!!!  You look at drawings of them and don’t realize their size until they are standing right in front of you.   I was able to capture some nice shots of the crane lifting the first tank into the trench—only for us to discover that the trench needed to be a little larger to fit the second trap in it–another glitch to deal with but nothing we couldn’t fix.   It took a few more hours to complete the setting of the grease traps but it was such a great thing to witness.  Even some of the other construction workers were taking pictures—it’s something you don’t see every day I guess.   This was definitely one of the highlights for me during our construction phase. 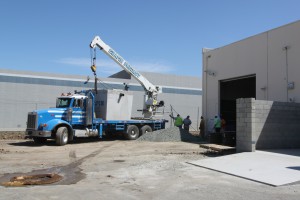 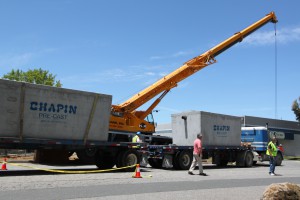 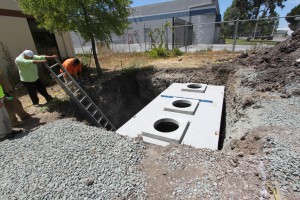