We had submitted our plans for a final review at the end of February and were promised feedback by March 8th.  We were hoping that we would finally get our construction permits approved.  On the days leading up to March 8th, I was constantly nagging Bob (my contractor) and the City of Fremont for updates.  I just didn’t want the date to slip away without any knowledge of why.   But as expected, the date passed and went without any sign of getting approval in the days to come.   I found out from my guys that there were little things here and there that needed to be amended on the plans and they were working feverishly to get these items to the city so we could get our official approval.

I continued to be pretty frustrated with all the waiting.  Finally I got word from Bob that the plans were pretty much approved but that they needed another department to handle issuing all the permit paperwork.   The permit was right within our grasp but we had to wait…..again.  I was happy to know that our plans were approved but until I had the permit in my hands, I was not satisfied.  It was almost like an anti-climactic victory.  After a few days, many more phone calls and much more nagging on my part, I got a call from Bob saying, “We can pick up our approved permit tomorrow.”   Finally, the day we had been waiting for.   On March 20, 2013, I drove over to the City of Fremont, picked up our permit, gave them a check, and did a little dance (in my head) for now this phase was finally completed.   I drove the permit and stamped plans over to the warehouse and handed them off to Chris—he is basically the foreman in charge of the construction in my building.   He took the plans, kissed them, and we high-fived.  It was a good day! 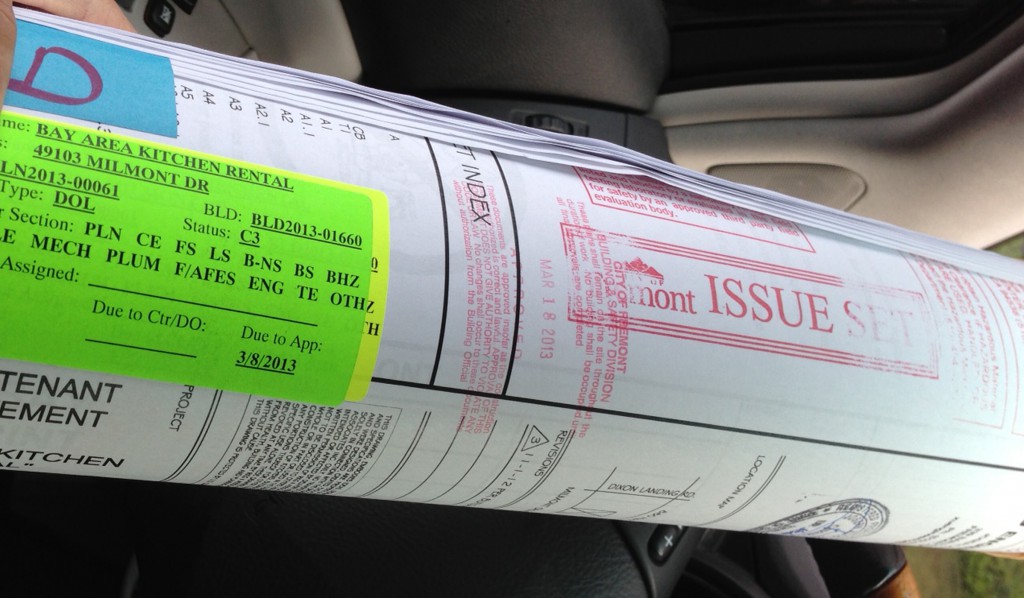